on january 20, hainan raas chenfei charity foundation launched the public welfare activity of “warm-conveying for seniors” before the spring festival in qiongzhong county. during the activity, more than 600 seniors without family in the three counties of qiongzhong, baoting and baisha will each receive rmb300 and necessities for daily life. 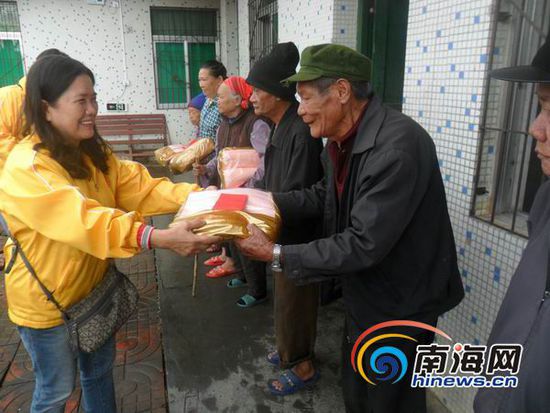 after the launch of the activity on that morning, workers of raas chenfei charity foundation visited the three nursing homes of yinggen, changzheng and wanling in qiongzhong county, presenting rmb300 and necessities for daily life to each of the more than 40 seniors without family in the nursing homes.

later, the foundation continued the activity in nursing homes and villages in the three counties of qiongzhong, baoting and baisha. besides conveying warmness to the seniors, workers of the foundation also presented cash of rmb300 and necessities for daily life to each of them. according to incomplete statistics, nearly 300,000 rmb in cash and necessities for daily life were presented to more than 600 seniors without family. 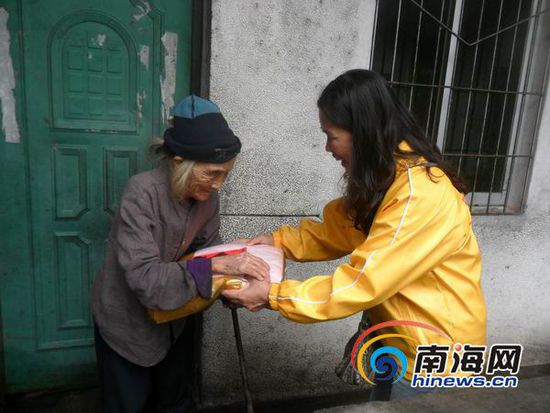 based on introduction by yang xiangping of hainan raas chenfei charity foundation, the activity is the first one since the establishment of the foundation at the end of 2005. yang says, “showing respect and love for seniors is a quality tradition of the chinese nation. seniors without family is a special group. though there are supplies and helps provided by the government, the warm-conveying activity by the foundation is just to present greetings and warmness of the spring festival for the seniors since they have no love from children, and by so doing, more attention and love could be brought about for them.” yang also says, “in future, the foundation will be more involved in public charity, and will provide more benefits and services for the society.”

it is learned that hainan raas chenfei charity foundation is jointly established by the plasma collection station at qiongzhong, baisha and baoting in hainan province, hainan chenfei investment holding co., ltd, and hainan gp chenfei pharmaceutical company limited. following the tenet of benefiting the society, contributing to the society and serving the society, the foundation launches public charity programs in regions such as qiongzhong, baisha, baoting and wuzhishan. content of the programs are mainly assistance for poor families, fellowship for students, seniors without family, women and children in poverty, health and wellness, farming technique, science training, culture and sports promotion.